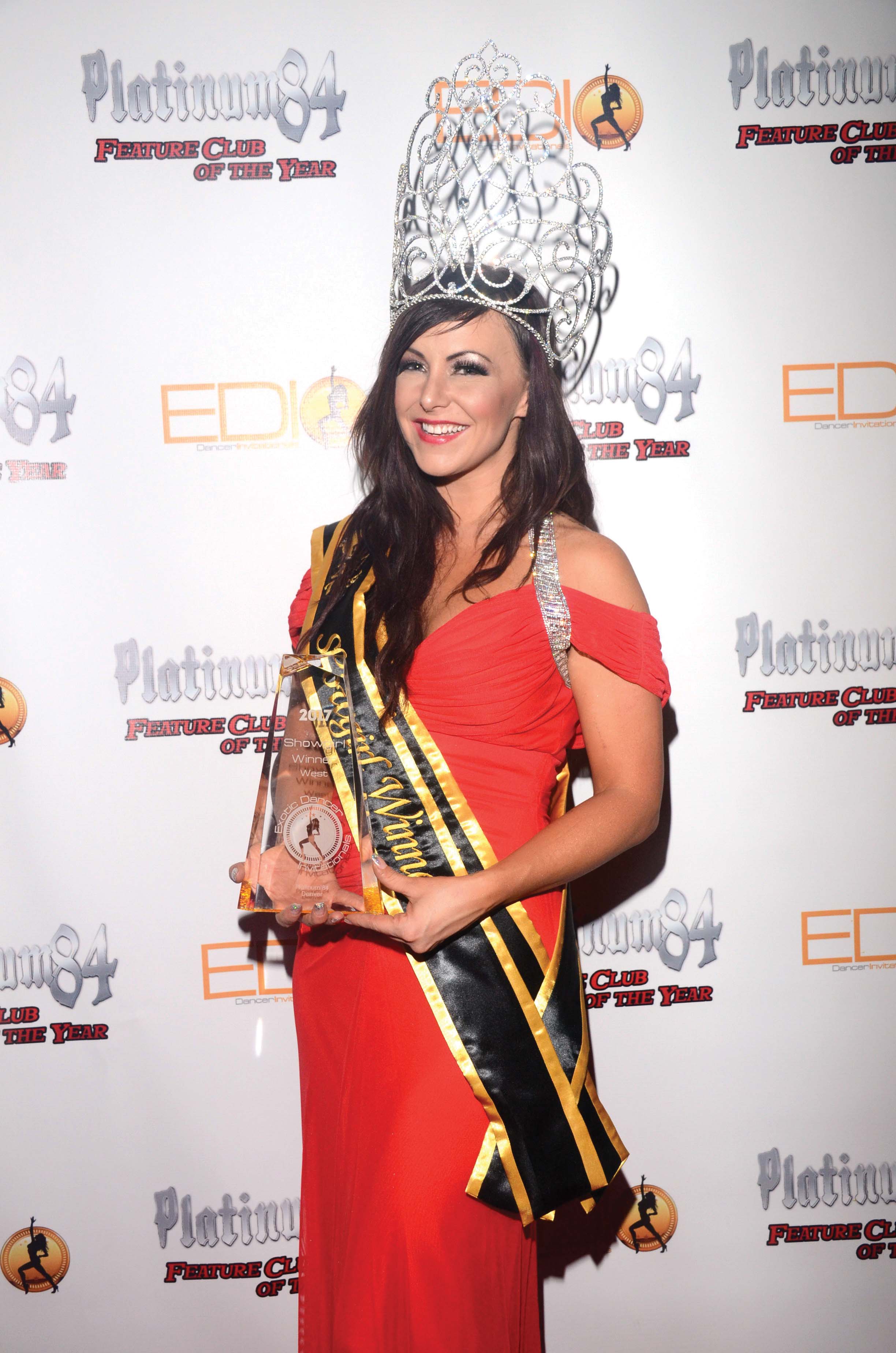 EDI West contest “Returned to the Rockies” at Platinum 84 in Denver, June 22-24

For the second straight year, award-winning club Platinum 84 in Denver hosted the EDI (Exotic Dancer Invitational) West contest, the top and most selective “showgirl” entertainer competition. Two divisions — “Showgirl” and “Newcomer” — performed in Semi-Finals and Finals before a packed crowd for three nights, June 22nd through the 24th. On Finals night, Natasha Nova bested the Showgirl Division to take that title and an automatic ED’s Overall Entertainer of the Year nomination, while Portland’s Juliette Electrique topped the Newcomer Division (feature entertainers who have been competing for two years or less) to take that title.

“It’s still extremely surreal that I won EDI West,” says Natasha Nova. “I’ve wanted this and have been working so hard to better myself as a dancer, but it’s amazing how much I’ve accomplished in a short time. This is my third year in a row winning an EDI title. I’m so proud to be in the running for Overall Entertainer of the Year!”

“The organizers and competitors of EDI West raised the bar this year, solidifying the event’s growing reputation as the premier showgirl competition in the country,” says Platinum 84 owner, Scott Richter. “Platinum 84 shares EDI’s commitment to high-octane entertainment and was thrilled to offer this awesome spectacle to our guests.”

There was also a bit of controversy during the EDI West, as Justice performed a “Heaven & Hell” set that began with her dressed as a nun. She then transformed into a “devil” and was “exorcised,” eventually becoming an “angel” as her set closed. A few EDI judges were offended by her set and gave Justice a very low score (a “1” to be exact) in the category that scores “Costume and Theme” (though they scored her very high in the other categories). Even Pony Club chain owner Jerry Westlund, who hosted the EDI East at his Pony Club in Indianapolis and also attended the EDI West, questioned the theme and said that Justice’s show “would offend a third of my customers.”
Justice, however, suggests that the judges (and, potentially, the customers), completely missed the point she was trying to get across.
“I knew I was taking a risk with my show, but as an artist and entertainer it’s my job not only to push boundaries but to connect with and entertain my audience,” she says. “My show represented that we are all children of god no matter the name of your god (represented by my nun), that we all have a dark side (my devil) and we all have good in us (my angel). I wanted to show the transitions we all go through in each of our lives. But what makes my show so controversial is that I began my show in a nun habit. So I ask, what made people in a strip club feel offended? Was it just the symbolism that each character represented? If my show hit a nerve within you, that shows where your open mindedness has ceased. And in my opinion I have done my job, because I made you think!”