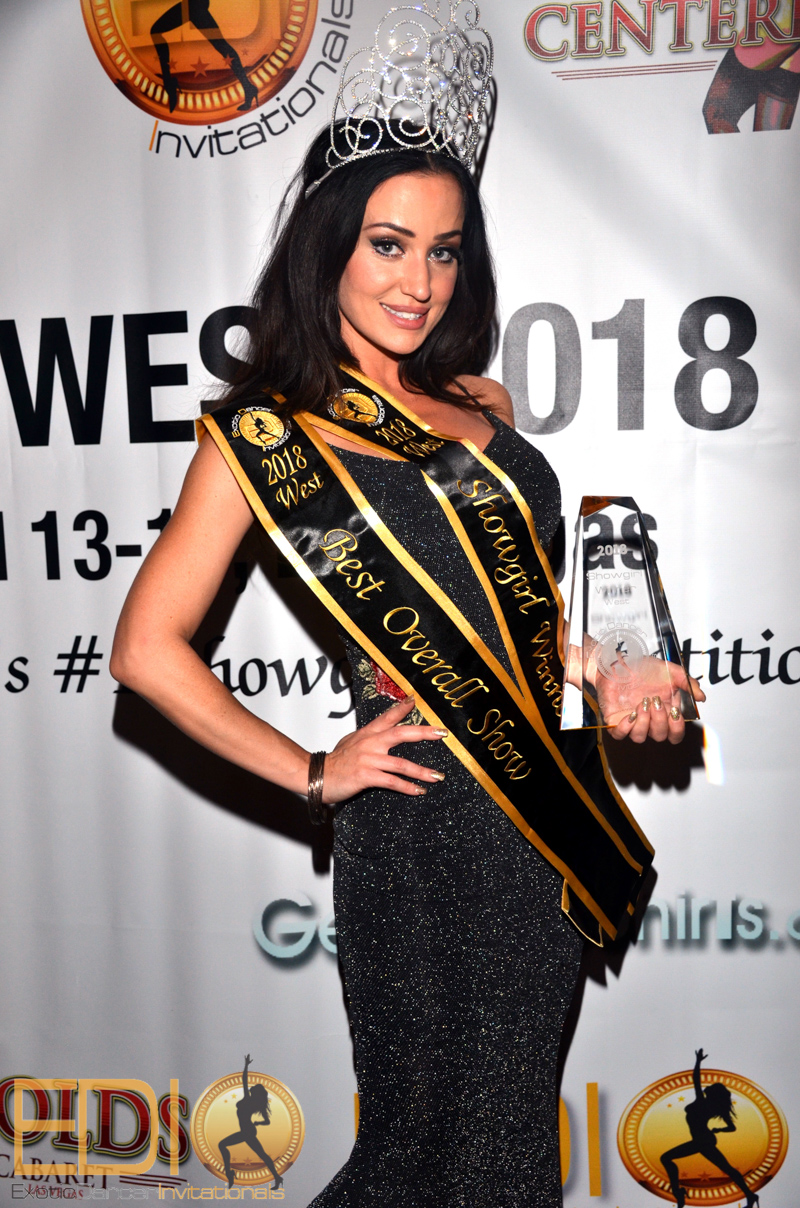 The world’s most prestigious “showgirl” dance competition returned for its fifth straight year, as the 2018 EXOTIC DANCER Invitational (EDI) West Contest was held for the first time ever in “Sin City” — Las Vegas — at Centerfolds Cabaret, April 13-15, 2018. The contest boasted eight competitors in the Showgirl Division and six in the Newcomer Division, with each division competing on separate nights and the top three finishers of each division competing in the Finals on Sunday, April 15.

“This was one of the most impressive EDI competitions we’ve held since the contest’s introduction in 2014,” says EDI Founder and Producer, Dave Manack. “Especially the Showgirl Division, where all eight competitors—Angela Sommers, Annie Lane, Janine Jericho, Jesabella Marie, Juliette Electrique, Justice, Lady Sirene and Simone Danalustrous—brought and executed an incredible show. And Centerfolds Cabaret could not have been a better host club. We greatly appreciate owner Steve Paik’s hospitality and the hard work of Centerfolds manager Dane Hansen, Lacey Rain, and the entire crew at Centerfolds for a great three-night event.”

“I couldn’t feel more accomplished or happier,” says Ms. Parker. “I also want to congratulate all the ladies who competed! Everyone brought their heart and soul and poured it out on that stage. Each of you have touched my heart and inspired me in so many ways. Each and every one of you are total rock stars and amazing performers!”

In the highly competitive Showgirl Division, reigning ED’s Entertainer of the Year (EOTY) Angela Sommers’ creative and theatrical “Moulin Rouge” show wowed the judges and crowd as she incorporated several dance elements and brought her show to a fiery conclusion. It was the first time that Angela won the EDI’s highest division, as she took top honors in a group that included a very polished “Predator” performance by First Runner-Up Simone Danalustrous and the impressive sword swallowing of Portland’s Juliette Electrique, the division’s Second Runner-Up.

“This win was surreal for me,” says Angela. “I went into this competition with the intentions of putting on a show that was everything I’ve wanted to give on stage since the beginning. I felt ready as a performer, and the support I’ve had from ED Publications and all the features to bring my artistic vision to reality was amazing. I can’t thank everyone enough for believing in me and for all the love. Thank you Centerfolds Cabaret for hosting a super professional event, and for the first ever Exotic Dancer invitationals in VEGAS!”

“Ladies of the EDI, I am so proud to know all of you and I know how much each and every one of you put into your shows,” says Centerfolds Cabaret manager Dane Hansen. “To (EDI Producer) Dave Manack, thank you for this opportunity to highlight Centerfolds Cabaret. I’m proud and thankful to have been a part of this amazing event!”