In the “Game of Shows,” the North reigns supreme

Written by Kevin P on 09 May 2019. Posted in Uncategorised

Canadians dominate the 2019 EDI West, as Justice and Cassius Chay take top honors in the Showgirl and Newcomer Divisions 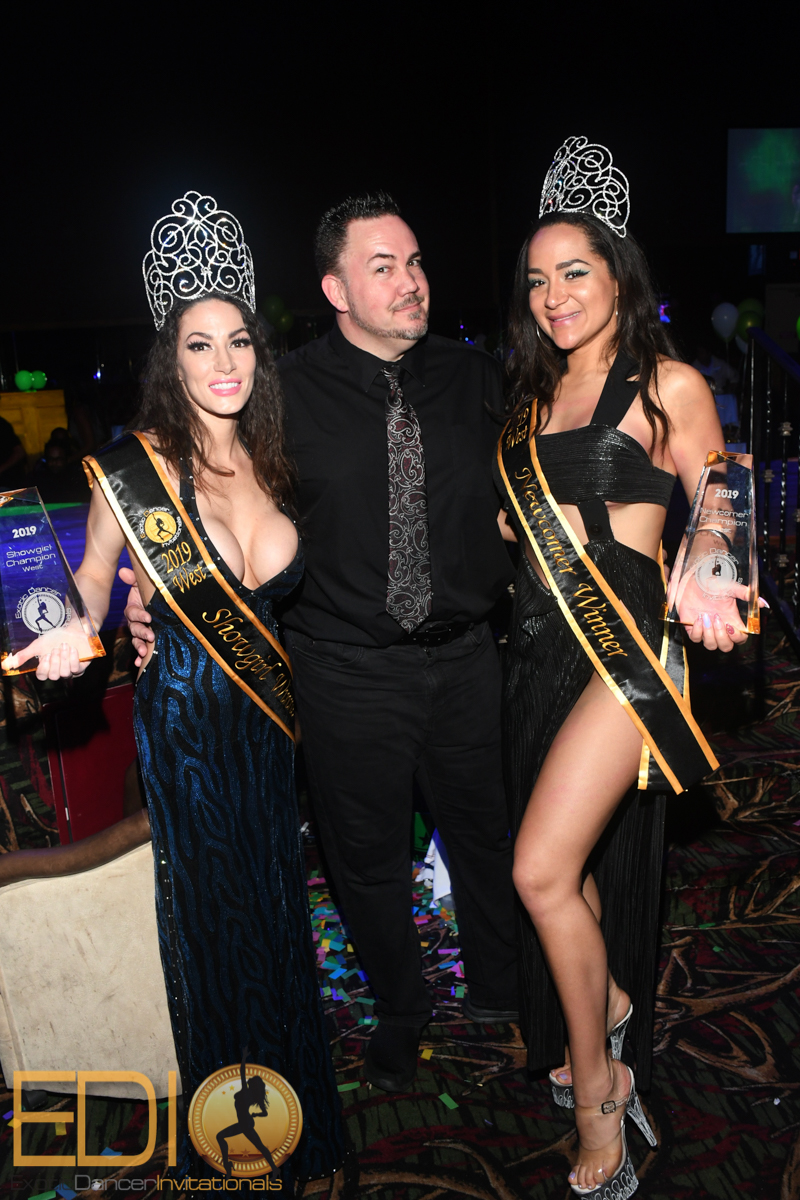 It may be a contest that was born in the US, but two girls from North of the border didn’t need any dire wolves or Valyrian steel to win the top prizes at the 2019 EDI (Exotic Dancer Invitational) West. More specifically, two Canadians—Justice and Cassius Chay—won the Showgirl and Newcomer Divisions respectively at the 2019 EDI West, was held April 25-27 at Bucks Wild Dallas, Bucks Cabaret Ft. Worth and Bucks Cabaret Dallas.

Justice, who previously won the EDI West’s premier division in 2015 on her way to an automatic ED’s Entertainer of the Year Award nomination, bested a competitive Showgirl Division that also included First Runner-Up Bellzora and Second Runner-Up Lady Sirene. While Bellzora’s well-choreographed and dynamic “Vampire” show and Lady Sirene’s burlesque set that showcased an impressive “silks” segment. As the winner of the EDI West 2019’s Showgirl Division, Justice once again becomes an automatic nominee for the ED’s Entertainer of the Year Award and will perform in Las Vegas at EXPO Awards Show on August 13th.

“I worked really hard to bring my vision to reality—over six months of choreography, musicality, costuming, props, and training my body,” says Justice, who utilized impressive execution on Roman rings to wow the crowds and judges during her “Voodoo” show at the EDI West. “I’m elated that it all paid off! I’m excited to show the entire industry that even though it’s been four years since my last (Entertainer of the Year) nomination, I’ve still got it!”

In the Newcomer Division, the competition was as fierce as ever as three entertainers—Cassius Chay, Pixie Raye and Michelle Lynn—all put on show-stopping sets on Finals night at Bucks Cabaret Dallas. In the end, it was the “artistic” flair of Cassius Chay’s fluid, art-themed performance that bested Pixie Raye’s magnetic “Matrix” show (First Runner-Up) and Michelle Lynn’s acrobatic “Road Warrior” set (Second Runner-Up).

“It was a great accomplishment for me. I have been working so hard at becoming the best dancer I can be, it was really exhilarating for me to win!” says Cassius Chay, who had never competed in a US showgirl competition prior to the 2019 EDI West. “Just being a part of the EDI reassured me that I am doing the right thing with my career. I’m happy to make others happy, bring energetic authenticity, and most of all, have fun!”

For the first time in the event’s six-year history, the EDI was held at three different clubs on three consecutive nights. The Newcomer Division competed at Bucks Wild Dallas, the Showgirl Division was showcased at Bucks Cabaret in Ft. Worth, and the Finals of the EDI West were held at Bucks Cabaret Dallas.

The 2019 EDI West’s Showgirl Division was rounded out by Shay Lynn, Mila DeLuna and the UK’s Dinah Might. The Newcomer Division also included Alexandra Belle, Cali Marie and Alice Wanderlust. EDI West 2018 Showgirl Winner Angela Sommers performed special guest shows on Friday and Saturday night, showing everyone exactly why she’s been one of the industry’s top showgirl entertainers for the past five years.

The following “Mini Titles” were presented at the 2019 EDI West:

“Being at three different clubs on three consecutive nights made this the most unique EDI contest to date,” says EDI Producer and Founder, Dave Manack. “Huge thanks go out to all of the Bucks staff, especially “Rich” Richardson and Jimmy Edwards. And of course, this would not have been possible without Bucks Cabaret club chain owner, Curtis Wise!”

The EDI West was emceed by “The Voice,” Bobby Mac, and was co-produced by Dave Manack and Lexi Lamour. The EDI stage crew was headed by Rob Aiken, assisted by Thomas Hooks.