Written by Kevin P on 01 May 2022. Posted in Uncategorised

Held April 7-9 at Bucks Cabaret and Bucks Wild in Dallas, 18 of the industry’s top feature entertainers competed for cash and industry titles! 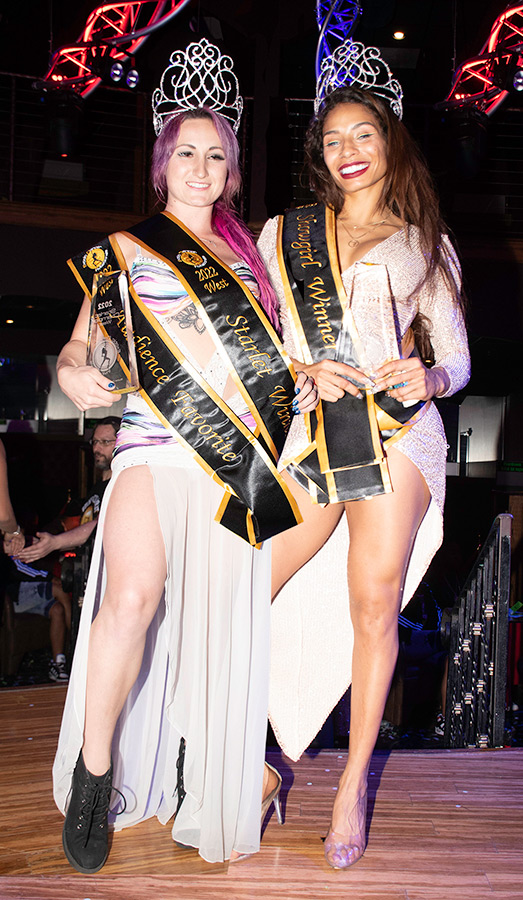 In its triumphant return after a three-year COVID-related hiatus, the Annual Exotic Dancer Invitational — the EDI — was held this past April 7-9 at Bucks Cabaret and Bucks Wild in Dallas. The EDI remains the most elite showgirl dance competition in the world, and is held twice each year (East & West) as Showgirls (girls with more than four years of feature touring experience) and Starlets (girls with fewer than four years of experience) present competition-level shows over the course of three nights.

And speaking of competition, the final scores have rarely been quite as close as they were in Dallas this year, as only a handful of points separated reigning EDI Entertainer of the Year SharZayn from fellow Showgirl competitors Michelle Lynn (First Runner-Up) and BJ McNaughty (Second Runner-Up). In the Starlet Division, Hayla Faye wowed the crowd on Starlet and Finals nights, taking top honors in the Starlet Division ahead of Nia Nebula (First Runner-Up) and Natalia Skye (Second Runner-Up).

“The return of the EDI’s definitely did not disappoint,” says Kristofer Kay, ED Publications’ Director of Marketing and EDI on-site co-producer. “Each entertainer exemplified what feature entertainment is all about by displaying their individual talents and unique abilities for three exciting nights. From the acrobats to the pole performers to the high-energy girls who tore up the dance floor, there was a performer for everyone who packed both Bucks clubs.”

The success of the EDI contests has as much to do with the host club, its owners and staff, and Bucks Cabaret is certainly no exception. Owners Curtis Wise and Kevin “Rich Richardson,” Scott Discianno, Lissandro Torres, Jimmy Edwards, and Bucks DJs Jeff, Jimmy Jam, and Toro were all amazing hosts

The Showgirl Division was truly a battle, as Michelle Lynn’s ‘Pharoah’ almost dethroned SharZayn’s Mortal Kombat routine. Justice and BJ McNaughty provided the comedy and hijinx with their ‘Ghostbusters’ and circus routines respectively, and of course no BJ McNaughty performance is complete without someone getting a pie in the face! (This time it was longtime industry photographer Richard Kent who took the … honors?)

Cali Marie’s show was a dedication to Prince, complete with a shower routine set to Purple Rain, while Newcomer Hayla Faye’s stranded alien routine showcased her gymnastics background as she hand-walked clear across the stage and executed a dramatic 18-foot drop from one of the Bucks Cabaret poles.

“With hospitality provided by club partners like the Bucks chain and rising quality of entertainers emerging, the EDIs will continue to serve as the most prestigious feature tournament in the US,” Kay says. “Of course none of this could be made possible without the help of EDI Founder and ED Publications Publisher, Dave Manack, EDI show producer, Lexi Lamour, Stage Manager Rob Aiken, and all of our competing entertainers. We’ll see everyone next month in Huntsville for the EDI East!”

The following  Mini Titles  were presented at the 2022 EDI West: